Special Sauce: JJ Johnson on Embracing the Food of… 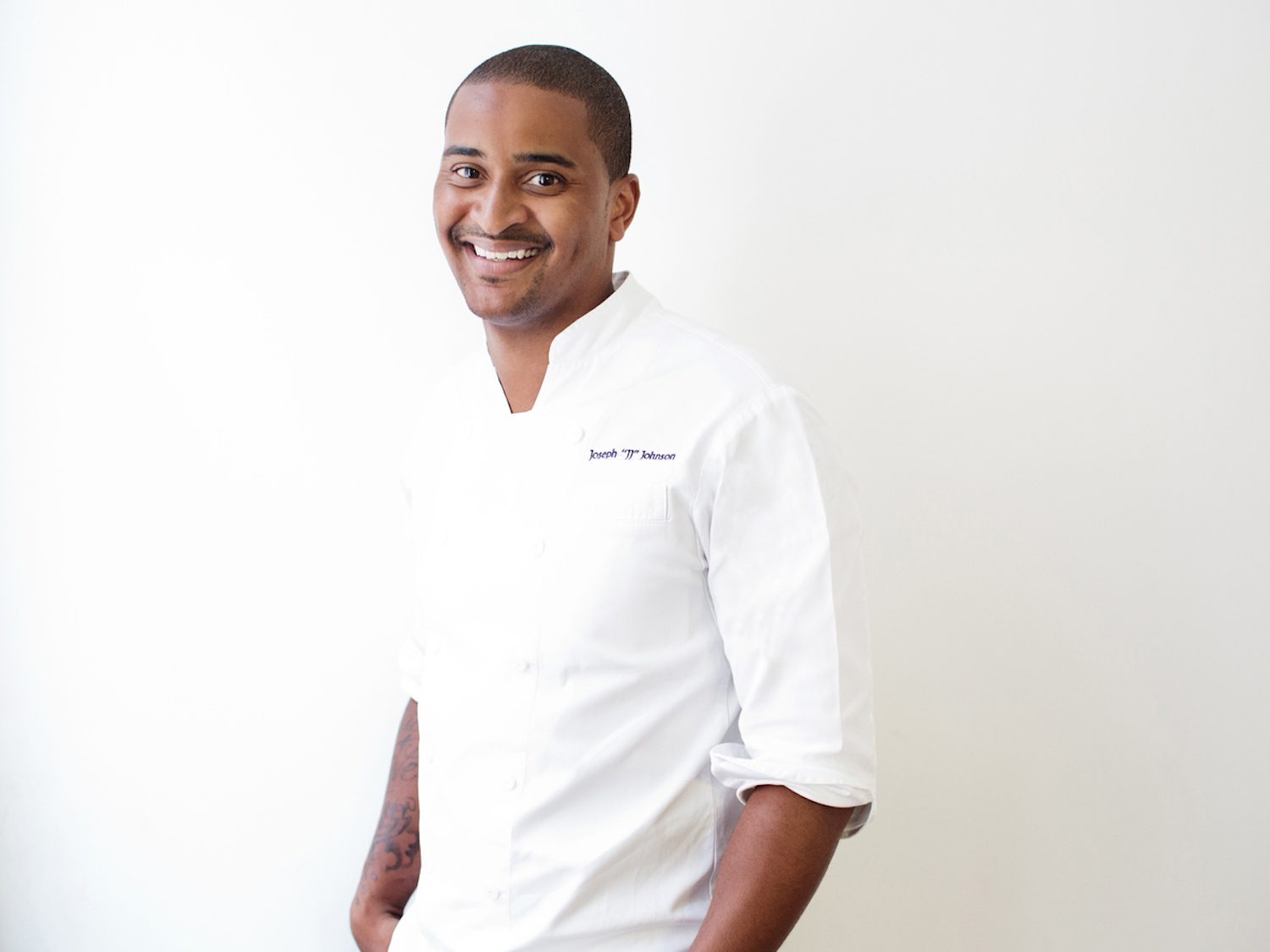 My guest this week on Special Sauce is chef and cookbook author JJ Johnson. When I say he gravitated to kitchen work at an early age, I mean really early. He started cooking with his grandmother when he was four: “I didn’t really watch cartoons…I’d step on like a milk crate. She would give me a peeler, which was probably like a phony play peeler, like Fisher-Price, and I would peel vegetables or I would scoop things out.” Five years later, when he was nine, he saw an ad on television that sealed the deal: “So I saw a commercial back then for [The] Culinary Institute of America, when they used to run commercials, and I just said one day…I’m going to go to that school.” Now that’s what I call a really, really early decision application.

After graduating from the CIA and doing a few stints in serious New York kitchens, JJ appeared on an episode of Rocco’s Dinner Party, which led to an unlikely introduction to Alexander Smalls, the seminal African-American chef/restaurateur and Tony Award-winning opera singer (that’s quite a combo, isn’t it?). Smalls invited JJ on a trip to Ghana, and gave him an education on the food of the African diaspora, which was both foreign and familiar. After all, JJ had grown up with an African-American father, a mother from Puerto Rico, and a grandfather who hails from Barbados: “It also was a light bulb moment for me because I grew up in the diaspora…So there was these things that would happen and I would say, I remember that flavor or I remember that scent. It really helped me develop who I was.”

JJ would go on to open The Cecil with Smalls, and although it is now, sadly, closed, it was named America’s best new restaurant by Esquire Magazine in 2014. Since then, JJ and Smalls have co-authored the cookbook Between Harlem and Heaven: Afro-Asian-American Cooking for Big Nights, Weeknights, and Every Day, and he’s done a whole lot more, including cooking for Beyoncé. To find out just what those things are, you’ll have to check out both this week’s and next week’s episodes of Special Sauce.

Special Sauce is available on iTunes, Google Play Music, Soundcloud, Player FM, and Stitcher. You can also find the archive of all our episodes here on Serious Eats and on this RSS feed.

Want to chat with me and our unbelievably talented recipe developers? We’re accepting questions for Special Sauce call-in episodes now. Do you have a recurring argument with your spouse over the best way to maintain a cast iron skillet? Have you been working on your mac and cheese recipe for the past five years, but can’t quite get it right? Does your brother-in-law make the worst lasagna, and you want to figure out how to give him tips? We want to get to know you and solve all your food-related problems. Send us the whole story at [email protected].