Savory Bengali Rice Porridge Is the Epitome of Com… 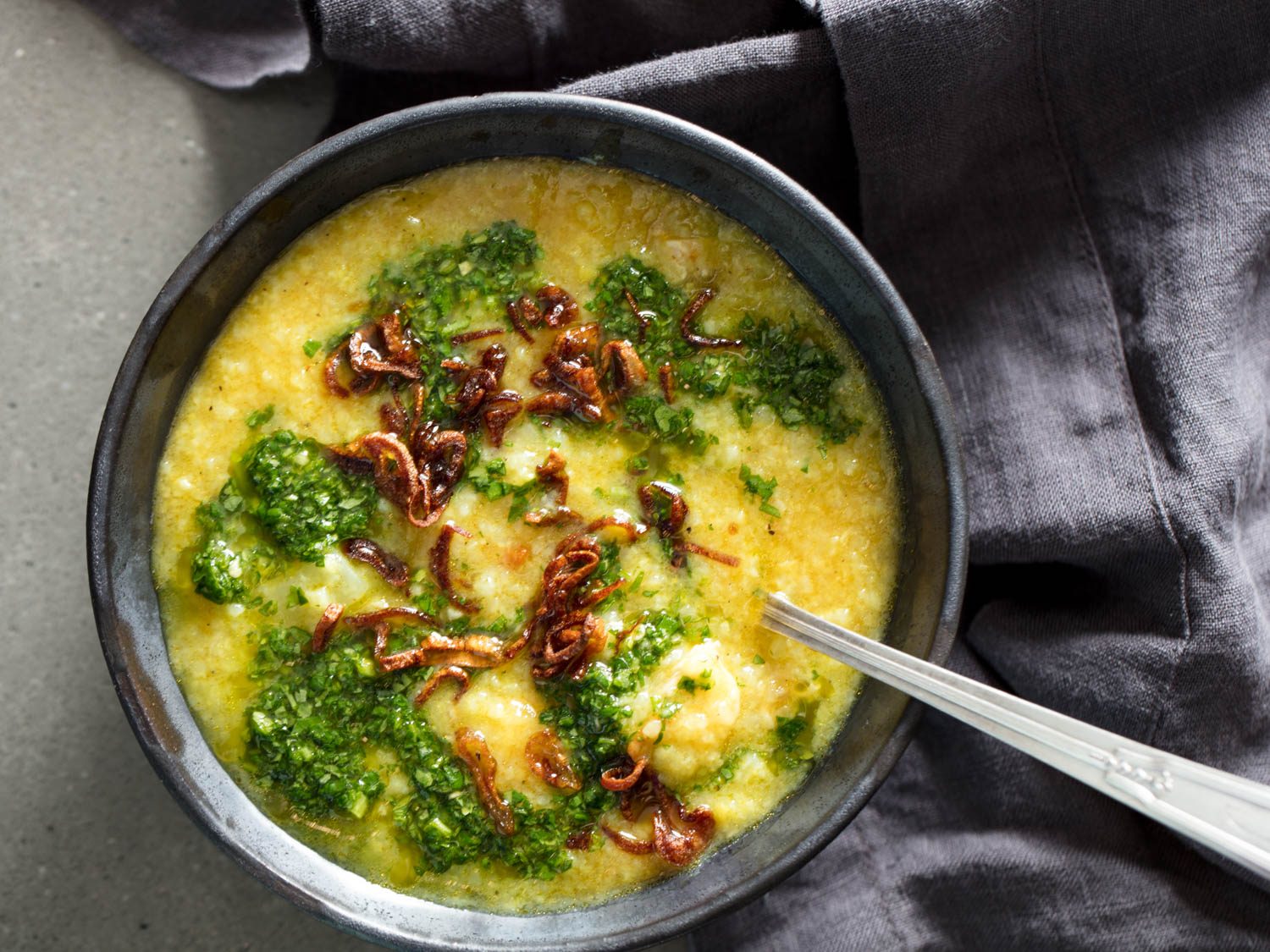 When I was growing up, whenever I was sick, the first thing my mother would do was get a pot of rice, lentils, and water simmering away for porridge. It was considered to be potent stuff, with the power to cure everything from the flu to a short temper. I often suffered from the latter, so the hum of rice gurgling on a stovetop was the soundtrack of my life.

In our house, it was called gulaothi, but there are countless variations on rice porridge, with almost as many names—kanji in India, congee in China, and so forth. It can be as simple as water and rice, or it can be simmered with milk, flavored with chilies and spices, or topped with different accoutrements. This is the version I grew up on—bright from plenty of turmeric and ginger, with a pungent hit of mustard oil and a garnish of spicy green-chili chutney.

To make it, I start by rinsing aromatic jasmine rice. When the water runs clear, I cover the rice with fresh water and allow it to soak. Meanwhile, I prepare the ginger and fresh turmeric, both of which have stubborn fibers that run vertically along the entire rhizome, making them tough to chew through. By thinly slicing them crosswise before cutting the resulting coins into one-eighth-inch matchsticks, I get spicy, tender bites throughout the porridge. 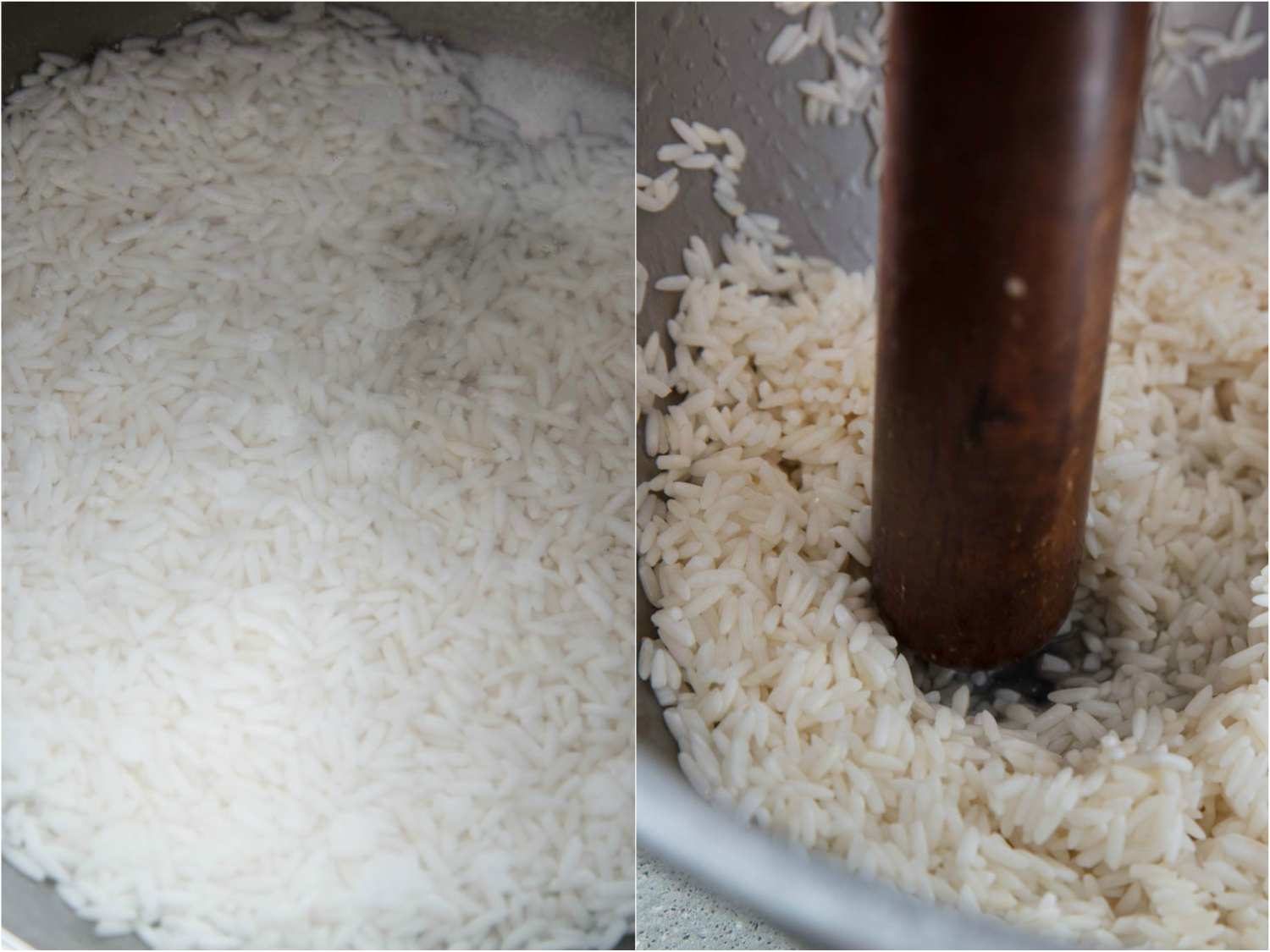 After a few minutes, when the rice has barely swelled, I drain off the soaking liquid and gently crush the grains with a pestle or rolling pin. The goal is to have some finely crushed pieces—roughly as small as cornmeal—along with larger grains that are just cracked. When cooked, the fine grains dissolve into the water or stock, giving the porridge body, while the larger pieces remain distinct and add texture.

That’s pretty much all the prep that’s required. I sauté the ginger and turmeric in butter or ghee, along with salt and Kashmiri red chili powder, until aromatic, then add the crushed rice and rinsed red lentils. I top it all off with a generous glug of chicken stock, but you could opt for water if you want to keep things light and simple. When the liquid comes to a boil, I reduce the heat to a bare simmer. 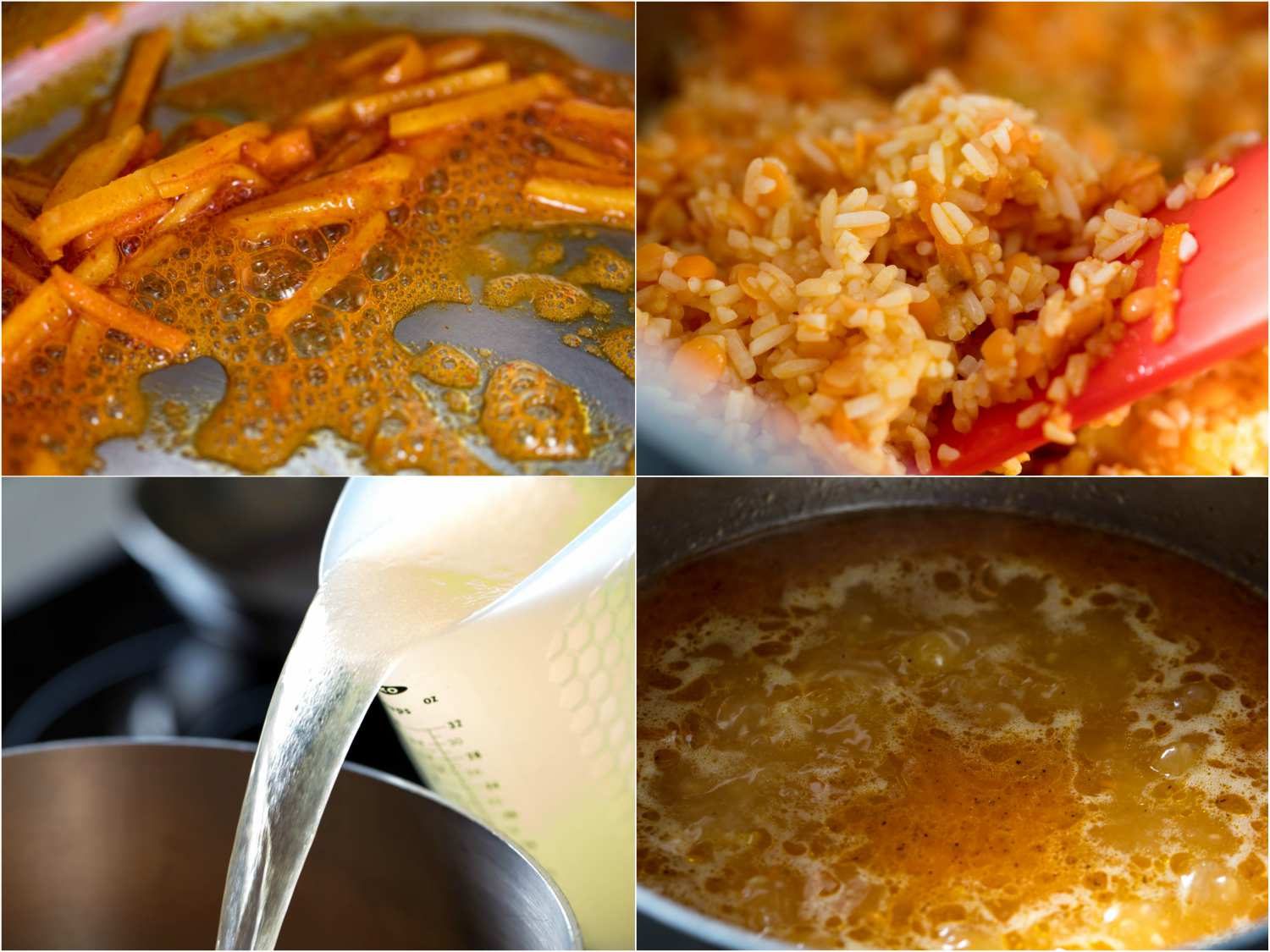 Meanwhile, I prepare the chutney by finely mincing Thai green chilies and cilantro. This verdant mosaic is mixed with sharp mustard oil, fresh lime juice, and salt into a loose, chimichurri-style salsa. The fiery chutney perks up the muted flavors of the porridge, adding striking color and flavor to every bite. 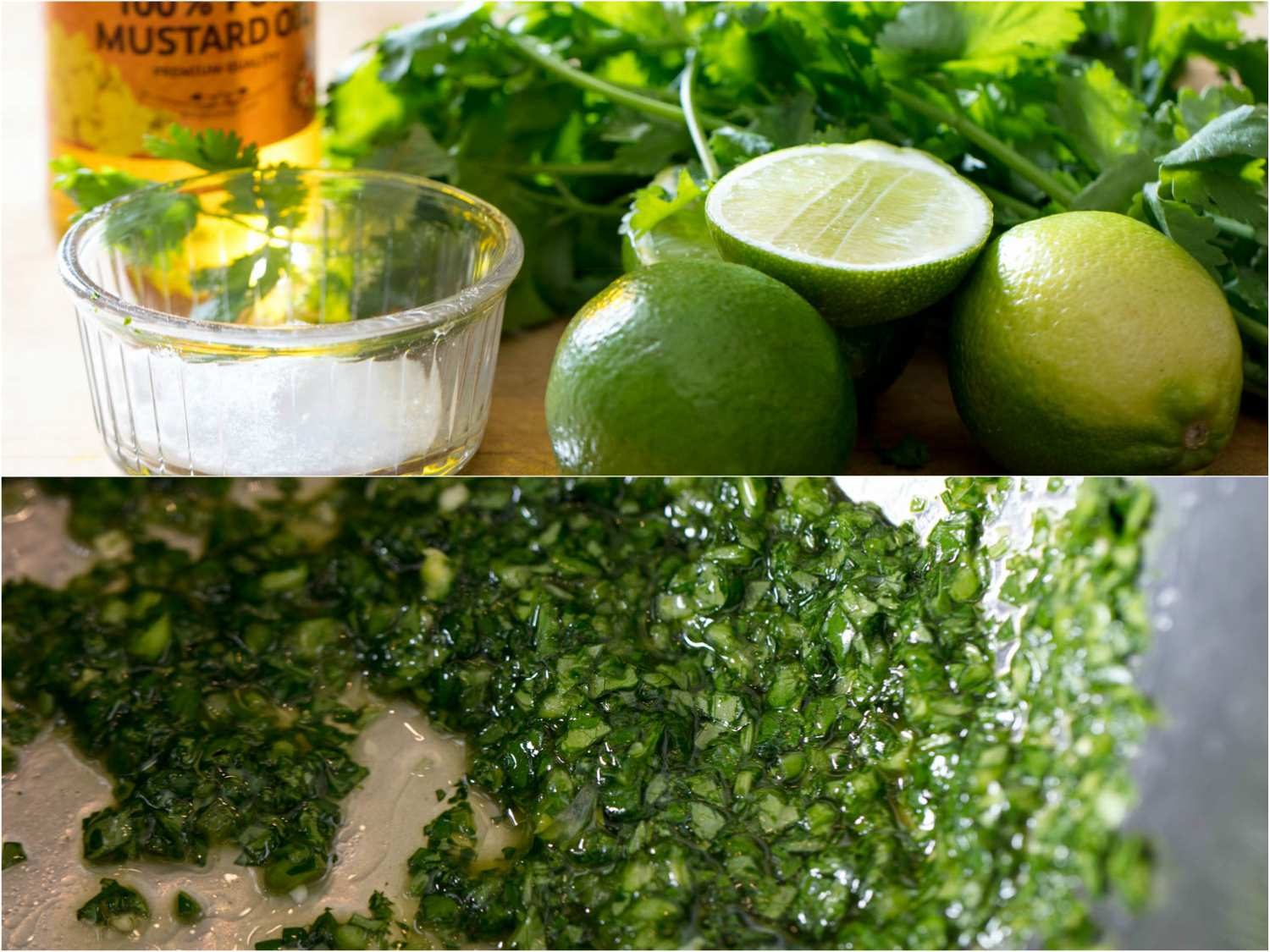 Once the rice and lentils are completely tender—after about 30 minutes of simmering—I toss in peeled and diced potatoes, along with a couple of chicken thighs. Then I let it all bubble together for roughly 30 minutes longer, until the chicken is cooked through and much of the rice has melted into the broth. At this point, I remove the chicken thighs and, once they’ve cooled enough to handle, dice the meat into small, bite-size pieces before returning it to the pot. Adding the chicken and potatoes at the halfway point keeps them tender and distinct in the creamy porridge. 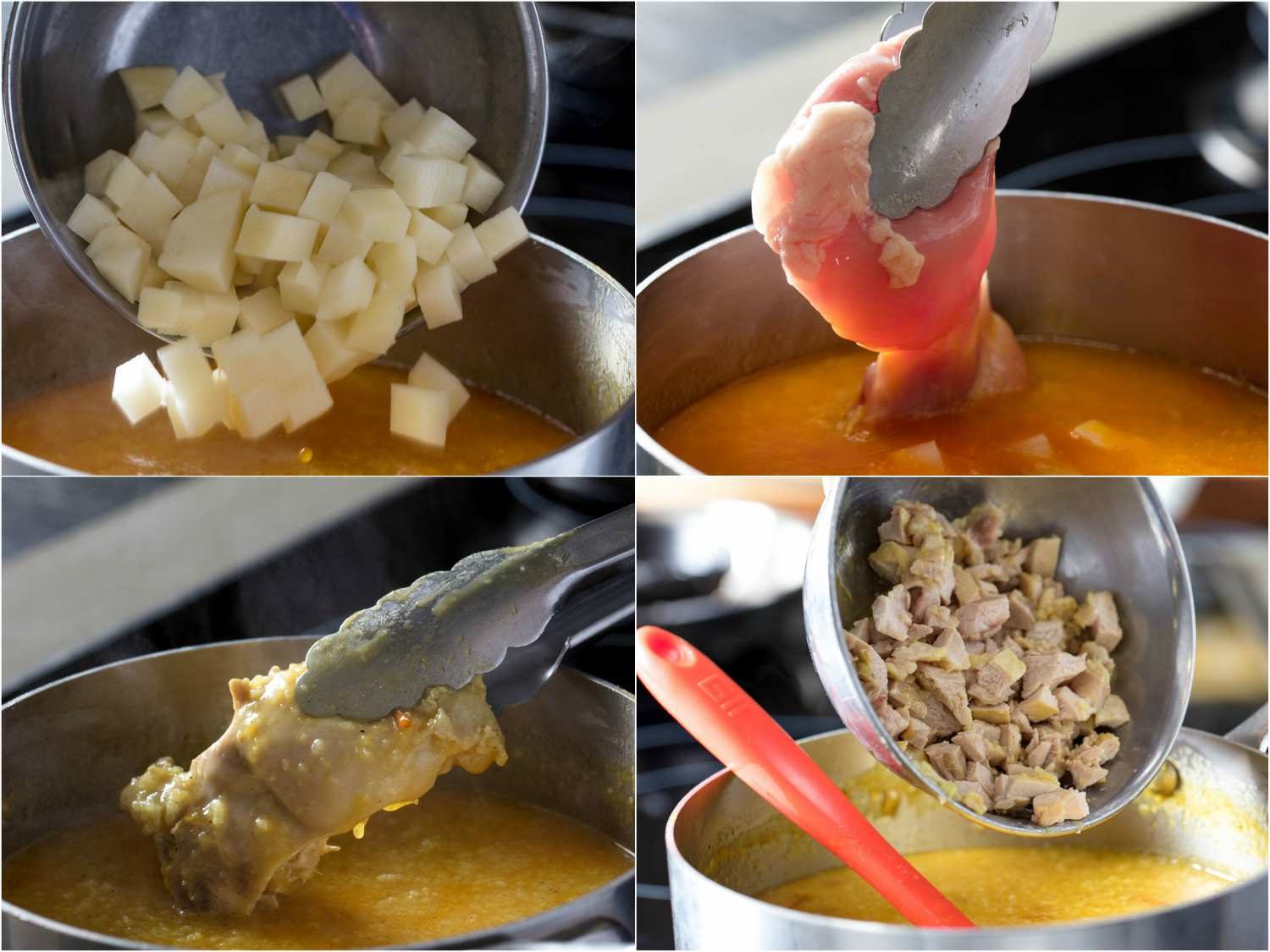 To serve, I ladle the porridge into bowls and top it off with squiggles of mustard and cilantro chutney, plus a big handful of crispy fried shallots. Whether this rice porridge has the power to heal the flu is still up for debate, but it’s undeniable that this wholesome bowl of comfort is a delicious way to feed a cold and fill your belly. 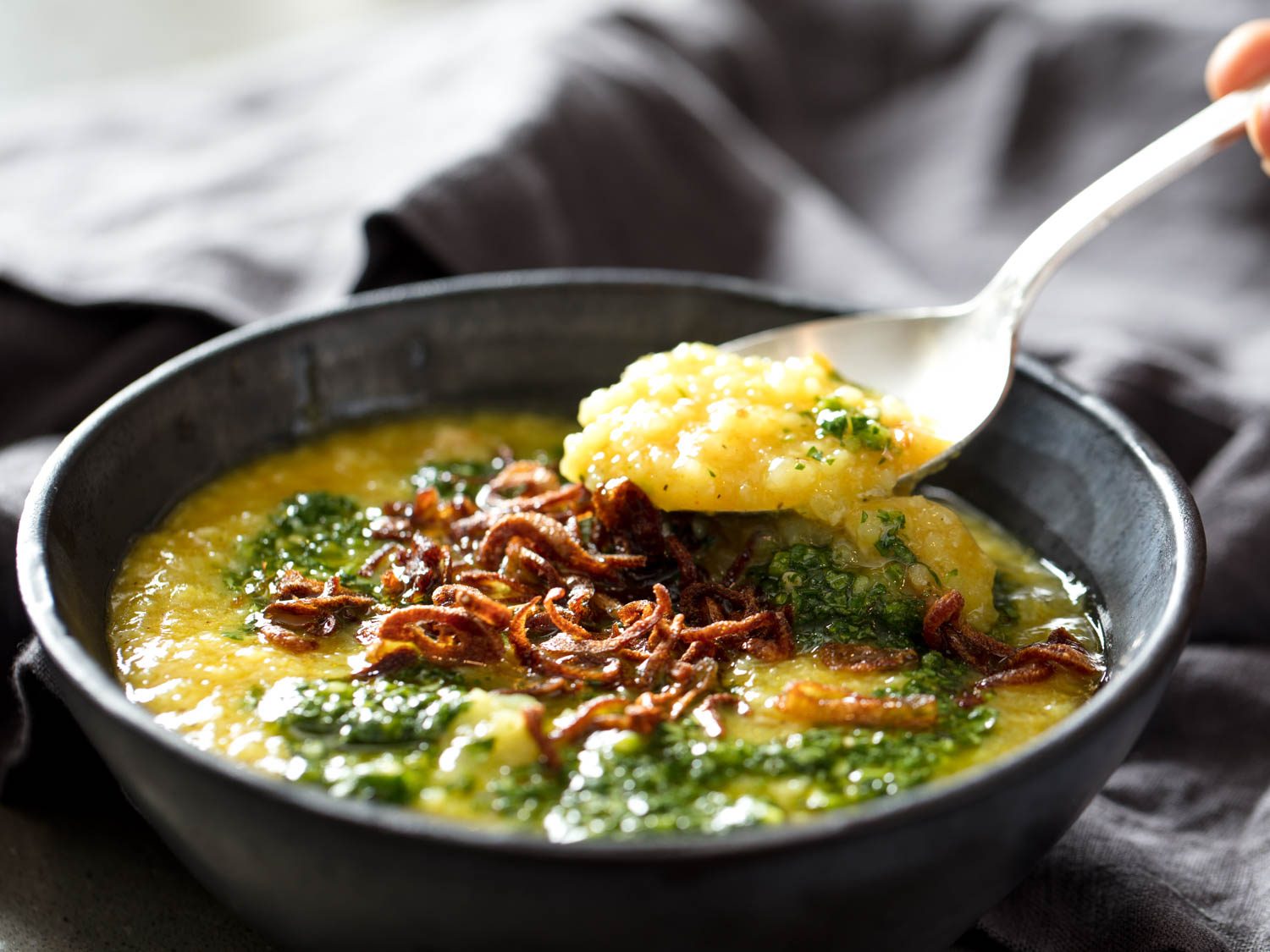