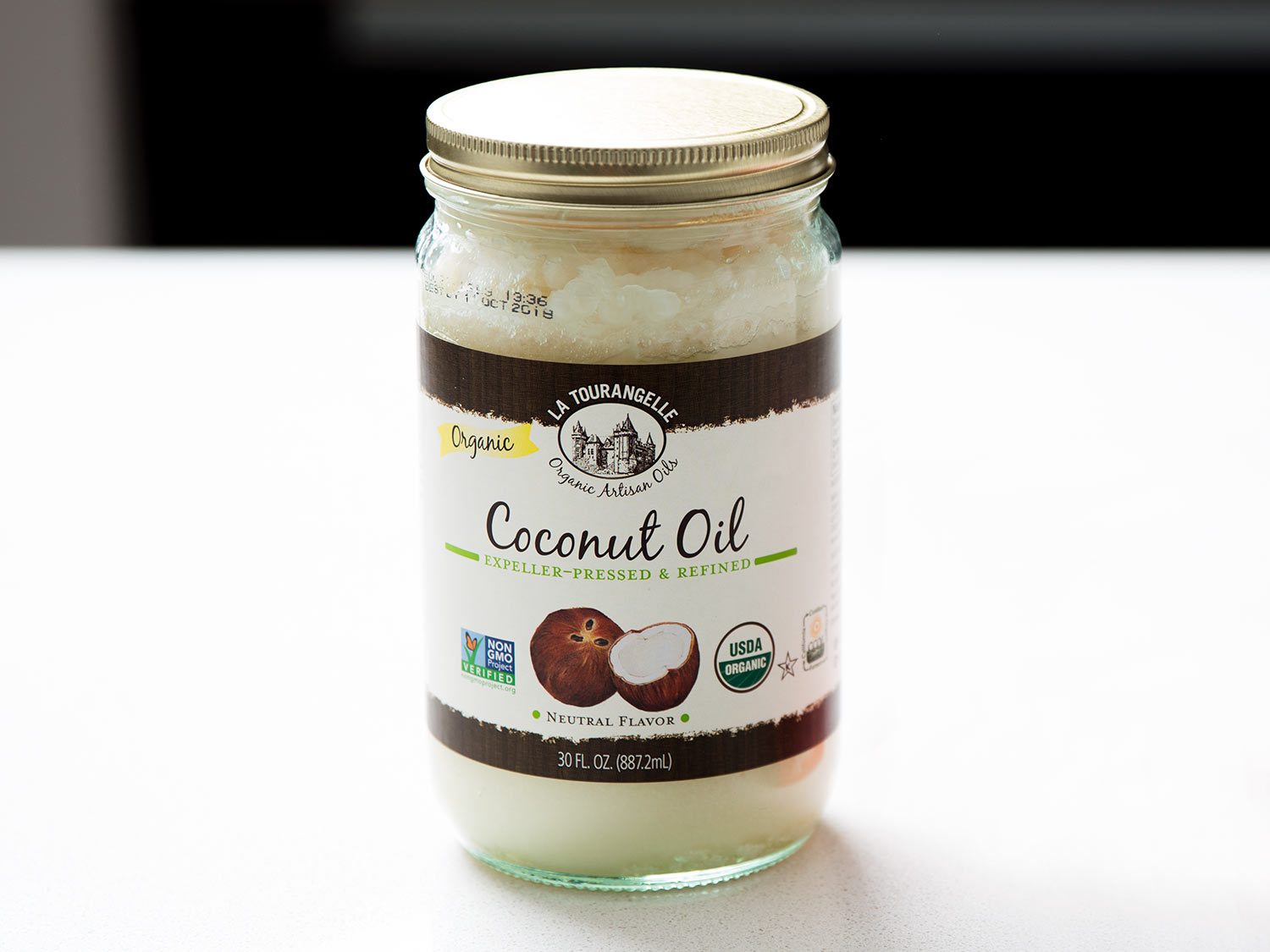 Every time coconut oil enters the news, journalists can’t make up their minds about whether or not it’s good for you. To be honest, I’ve lost track; my take is that, well, coconut oil’s made of fat, so you probably don’t want to eat a lot of it to lose weight or “be healthy,” whatever that means. But we’re not here to debate the health benefits of coconut oil. We’re here to talk about all the ways in which it’s really freaking delicious.

As with coconut milk, coconut oil is a versatile ingredient. Solid at room temperature but quick to melt in your mouth, it’s a common butter substitute in vegan baking. When sufficiently processed, it’s completely neutral in flavor, which means you can use it just like shortening, and, as Stella attests, it makes for less greasy-feeling baked and fried food than shortening does.

On the flipside, both raw and cold-pressed coconut oil bring a lovely coconut flavor—more roasty and less sweet than quality coconut milk—to anything it touches, regardless of whether you bring it to its high smoke point.

If you’re looking for the best brands of coconut oil, Stella recommends LouAna or Nutiva for refined, neutral-flavored fat, and virgin Vita Coco for when you want to turn the coconuttiness up to 11.

Here’s how to make the most of your jar.

For All Kinds of Baking, Vegan and Otherwise 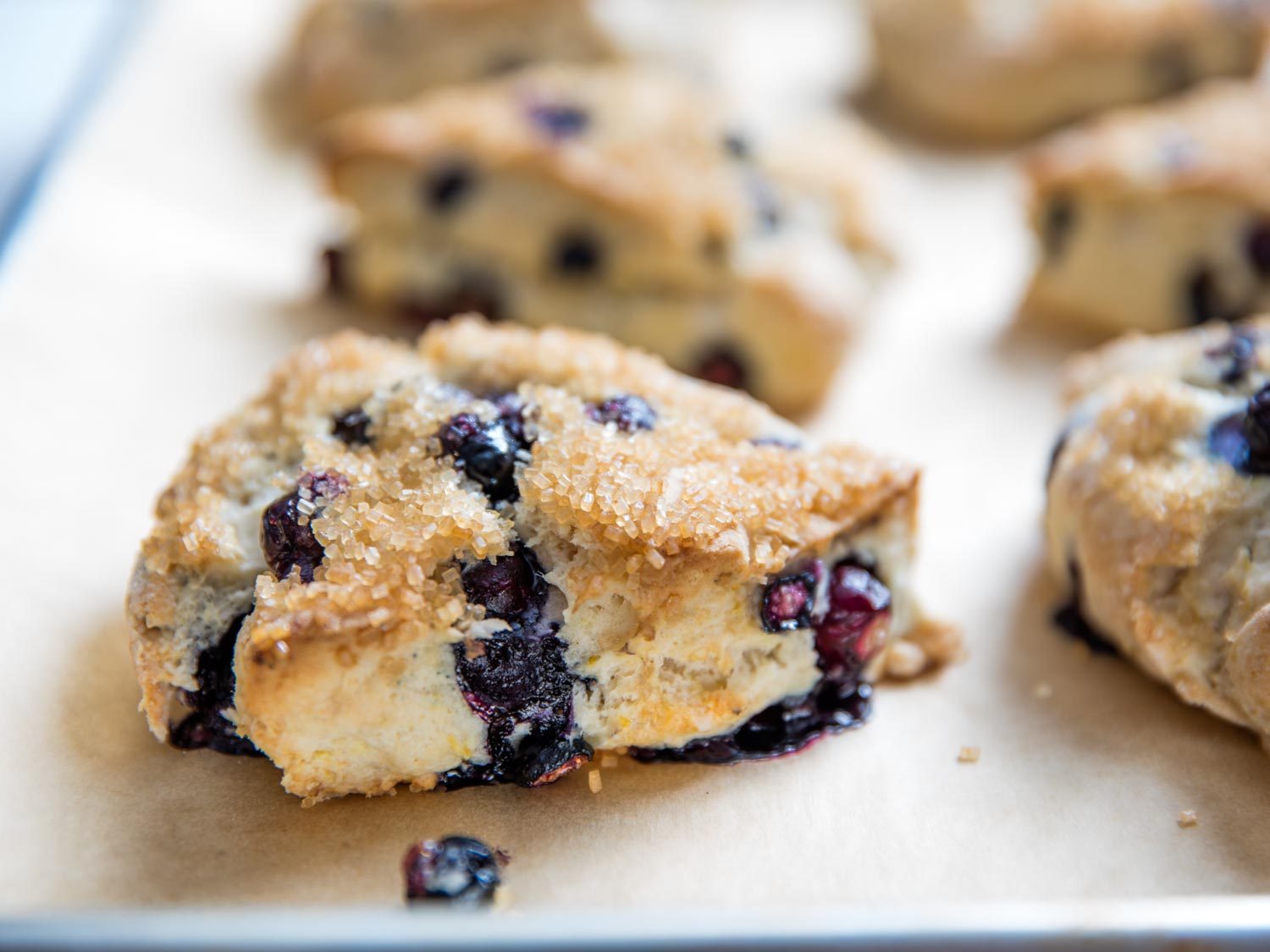 Since it behaves so much like butter and shortening—you can cream coconut oil with sugar in a mixer—it makes a brilliant dairy alternative for vegan baking, such as with these vegan blueberry scones. Stella’s gone into this in depth; long story short, coconut oil can’t replace butter or shortening at a one-to-one ratio in all recipes, but it’s a good start to get you going.

Coconut oil really comes into its own when you combine it with butter for malleable baked goods like these meta cookies-and-cream cookies. In this coconut cake recipe, virgin coconut oil acts as both flavor enhancer and structural support. 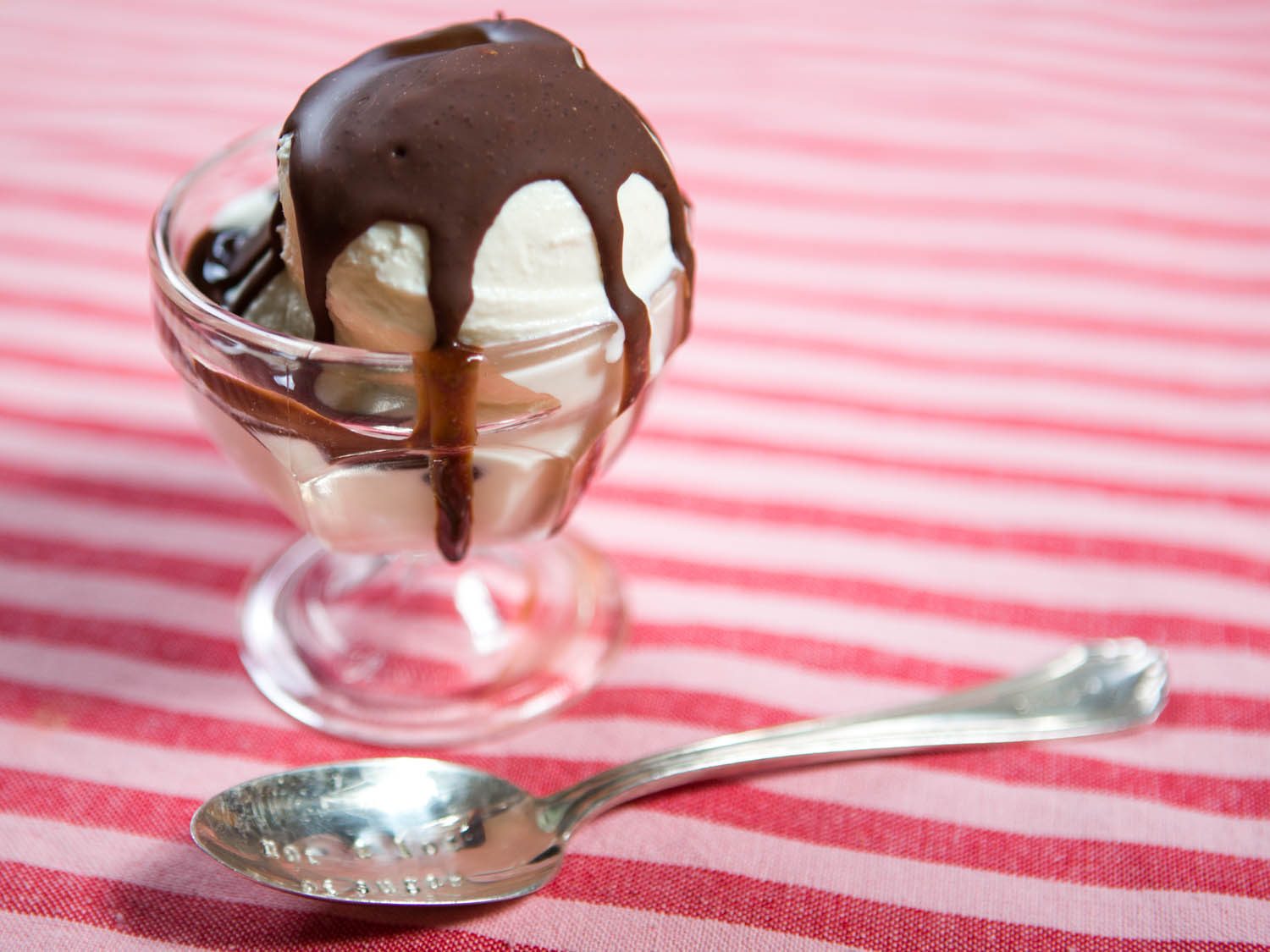 Want to make your own cookie butter? Of course you do. Well, the secret to ersatz junk food recipes like this is often coconut oil, which, thanks to its high amount of saturated fat, keeps confections moist but solid. If I want to use chocolate to coat bar cookies or candy bars, but don’t have the patience to temper it the right way, I often sneak some coconut oil into melted chocolate to help it firm up in the fridge.

Take coconut oil’s solidifying properties to their logical conclusion and you get homemade Magic Shell, a chocolate syrup you can pour on ice cream that freezes in seconds for a hard, crunchy coating. You can then use that syrup for all kinds of ice cream novelties, like homemade Klondike Bars and sprinkles-splattered ice cream pops. 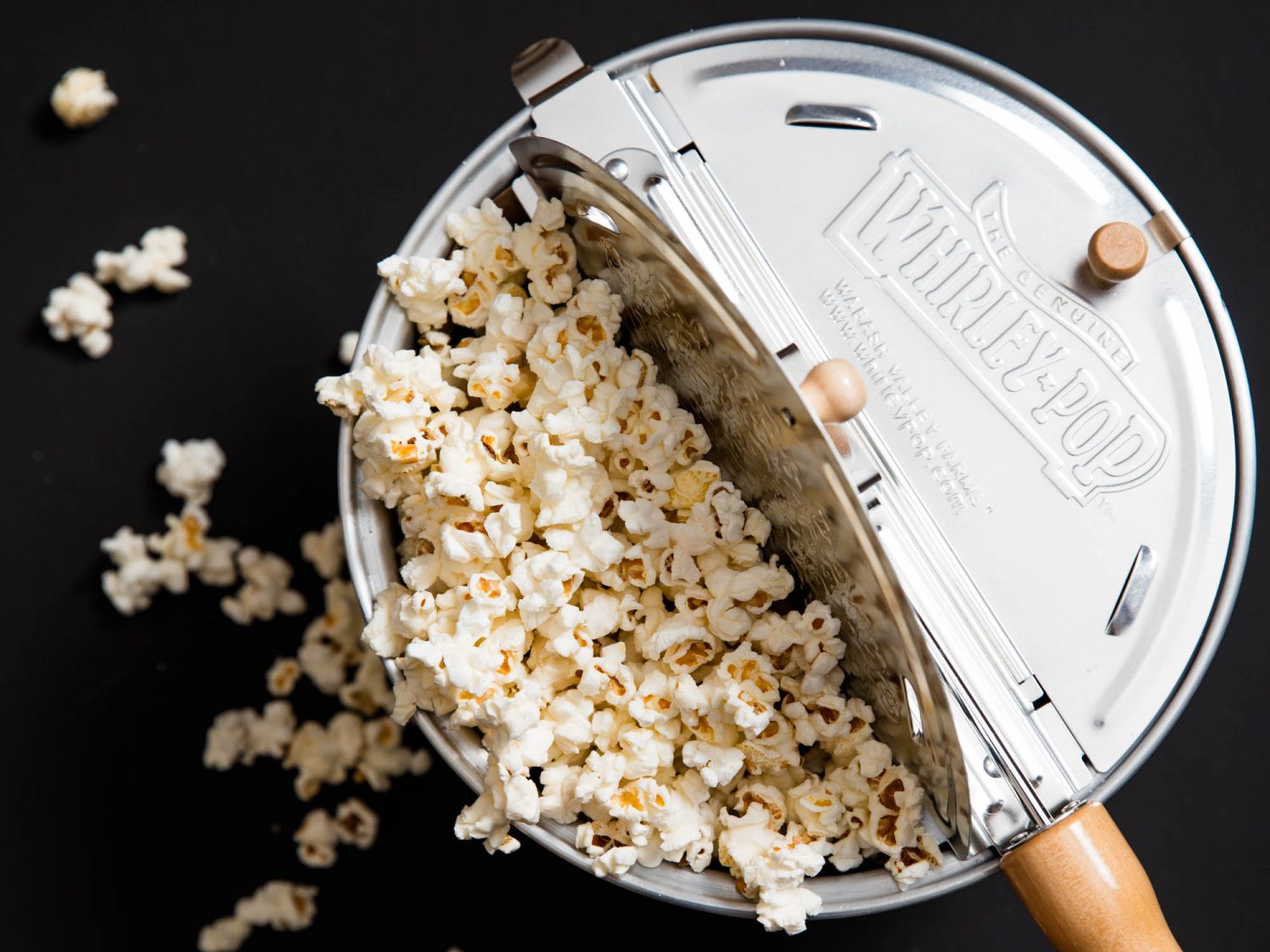 If you learn nothing else from this guide, learn this: popcorn popped in virgin coconut oil. An Indonesian friend hipped me to the idea years ago, and every time I make it, I’m still surprised by how amazing it tastes. A little sweet and a little nutty, it lets the corn truly live its best life. Toss in some chili flakes, slivered makrut lime leaves, and garlic powder, and you have a remarkably nice snack on your hands.

Popcorn’s not the only grain that benefits from a touch of coconut oil, especially considering that the oil’s high smoke point means you can easily toast grains for pilaf. Coconut rice is an obvious choice, and indeed rice cooked with coconut oil is a staple across Southeast Asia. But you can use the same method for other whole grains like bulgur, millet, quinoa, and wheat berries. It’s also fantastic in Thai-inspired fried rice.

And Anywhere You Need a Dose of Richness 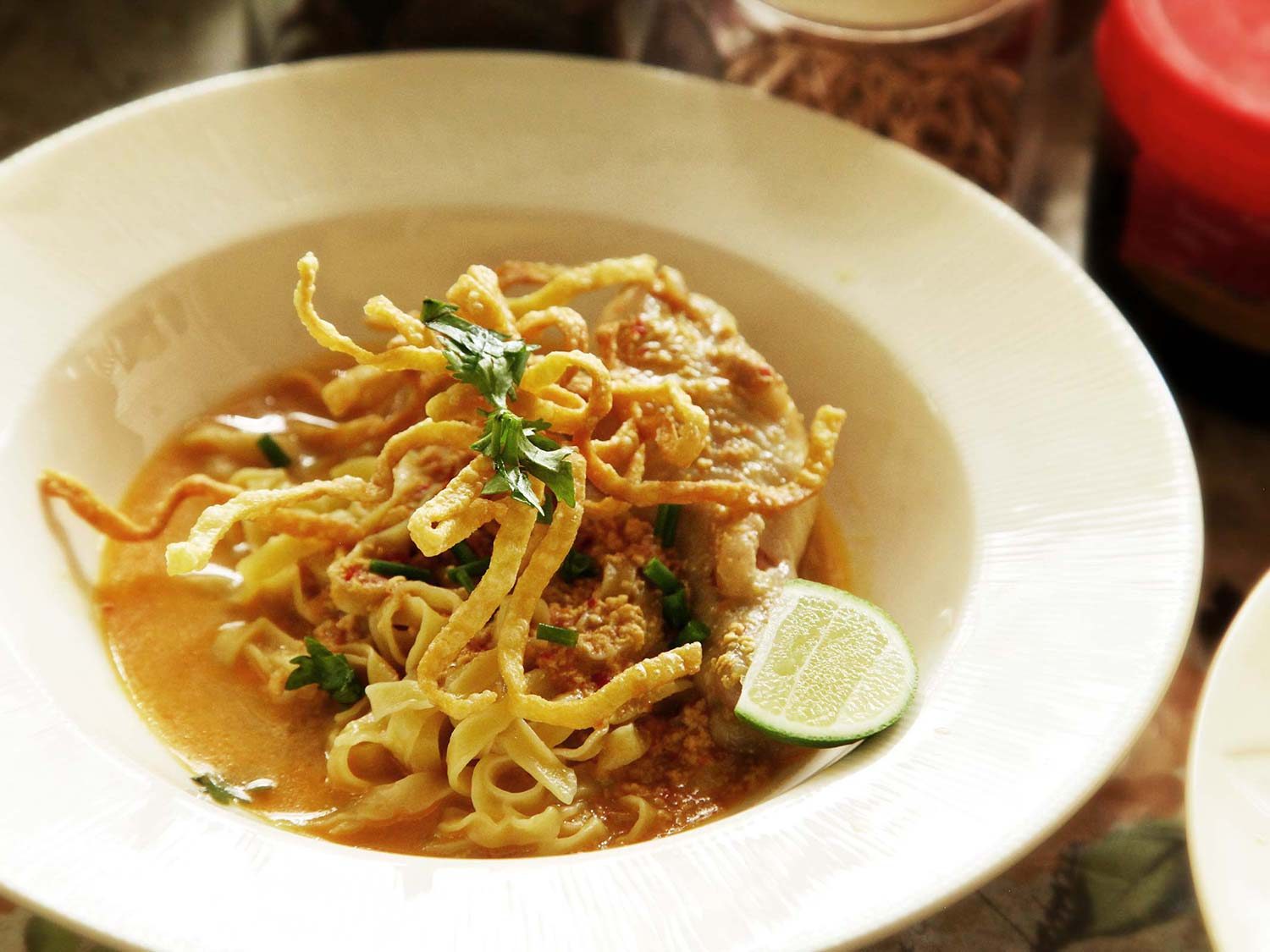 Saturated fats feel full and rich in the mouth, which is why French and North Indian cooks frequently slip clarified butter, a.k.a. ghee, into dishes that call for an extra oleaginous oomph. Coconut oil serves similar purposes in dishes like beef rendang and seafood stews and egg gravies.

Coconut oil is also a great way to boost vegetable dishes when you don’t want animal fat or the creaminess of butter. Take thorans, a wide-ranging class of Keralite vegetable medleys. We have a cabbage version here; I’m partial to long bean and bitter melon. You can also try tossing vegetables in melted coconut oil before roasting, especially starchy ones like yuca and parsnip. As the vegetables roast, the oil sneaks into all their nooks and crannies, imbuing them with deep coconut flavor for an extra satisfying side dish.

Consider it the culinary equivalent of the 100 emoji. Now, is it “good for you?” Beats me. But an ingredient that makes good vegetables even better is one I’d like to keep around.