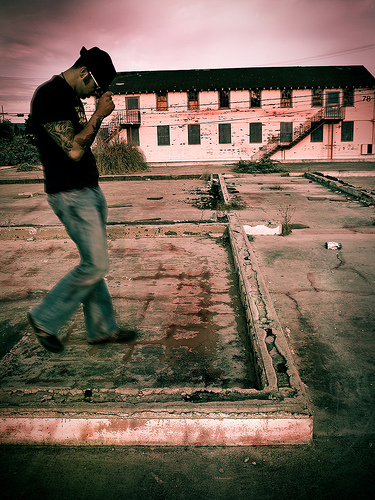 My descriptions have become shorter lately.

I’ve had less to say. My emotions have become subdued. My passion has become flaccid. The ability for me to want to depict anything is becoming opaque.

How’s that for a bunch of S.A.T. words all thrown together in one paragraph?

Here’s a secret for everybody that I dare admit now.

During my lunch breaks, I typically come home (because it’s an 8 minute / 2 song drive) and make myself a radical sandwich (in a low carb wrap).

And I promptly slap my ass down on my couch and click on PBS-world. Which is a free channel on my ridiculously old-school rabbit ears because I refuse to pay for cable that I don’t even watch anyway or care about.

On this particular day, I watched a PBS history special and I learned about Teddy Roosevelt. His legacy was showcased. National Parks in America and the Grand Canyon and Yosemite and Mount Rushmore and the history behind all that shit can all be attributed to this fine man.

And then I locked my door and went back to work.

But how funny is the only time of my day that I choose to relax and chill out and have a tiny bit of (ME) time is during my stupid one half hour lunch break in my apartment in the middle of the afternoon watching PBS. I’m such a dork.

Charlie Rose rocks. When he dies I’m totally having a cordial.

The shot at hand? Me doing some dumb ass curvy walk-this-way pose in front of a perfectly abandoned edifice on top of a slab of a building that was demolished years ago. At the time I shot this photo it was a good idea.

Does anyone pay attention to or care about the album I pick in the bottom of my comments? This album by Neutral Milk Hotel is a masterpiece in acoustic catchy screaming folksy instrumental lo-fi weird psychedelic madness.

Tagged: , 365 , 365days , me , self , selfportrait , ryan , hey kissmekate, are you reading this? i totally feel guilty with the shorter descriptions thanks to you. YOU are the best!!!!